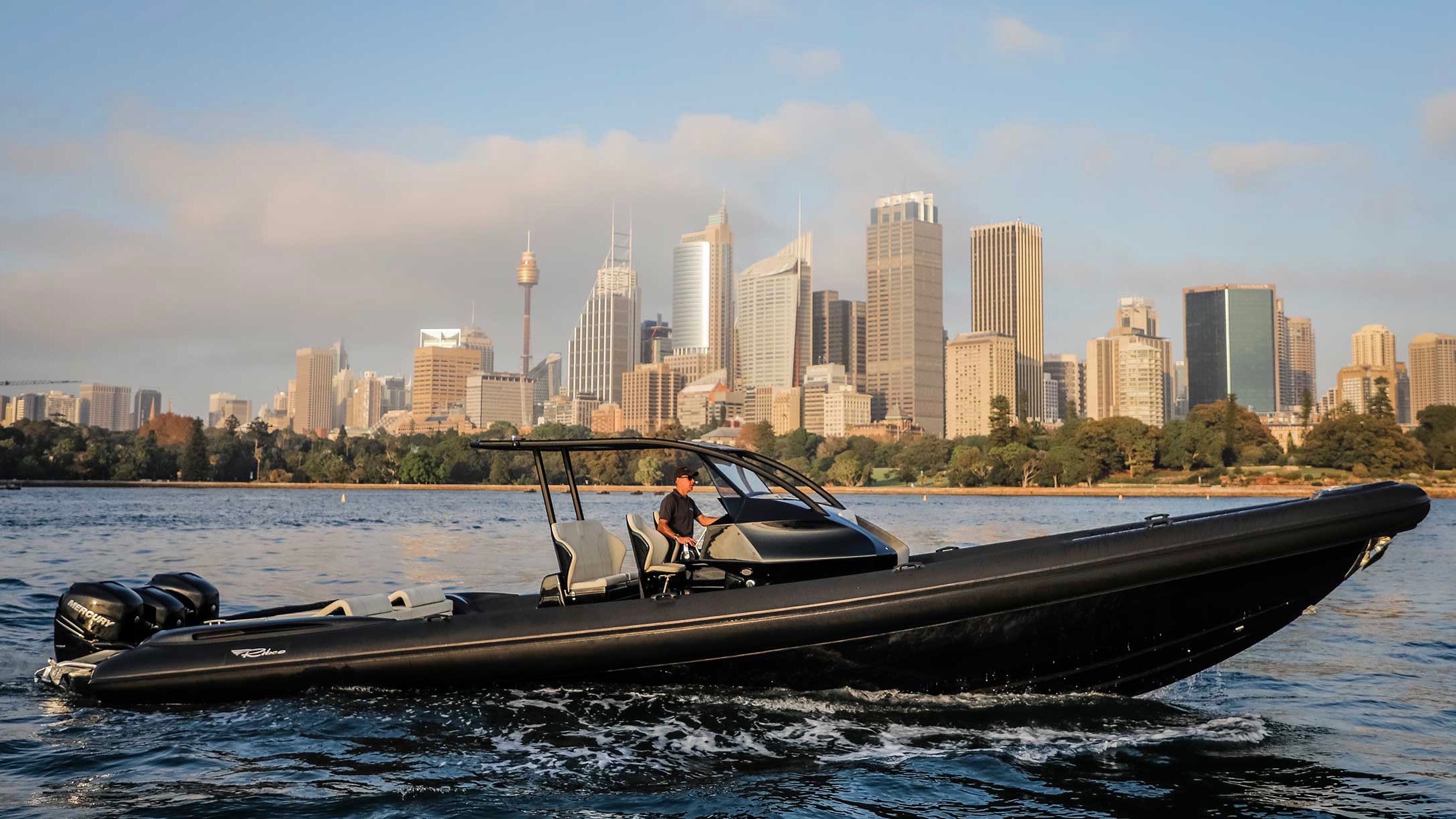 2019: Celebrating the first anniversary of Australian debut at the Sydney International Boat Show (SIBS) in partnership with Standen Marine. 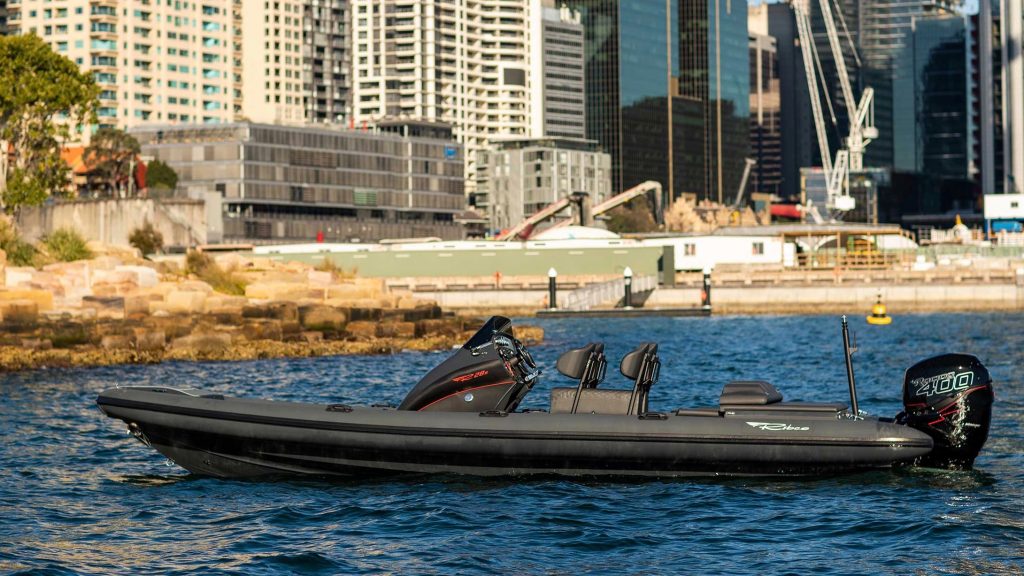 From luxury tender to offshore performance machine, Ribco RIBs are positioned as the most seaworthy, versatile and well-built luxury performance RIBs available in the market today. This was confirmed with the appointment of Ribco as official chase boat partner for the Australian SailGP Team. 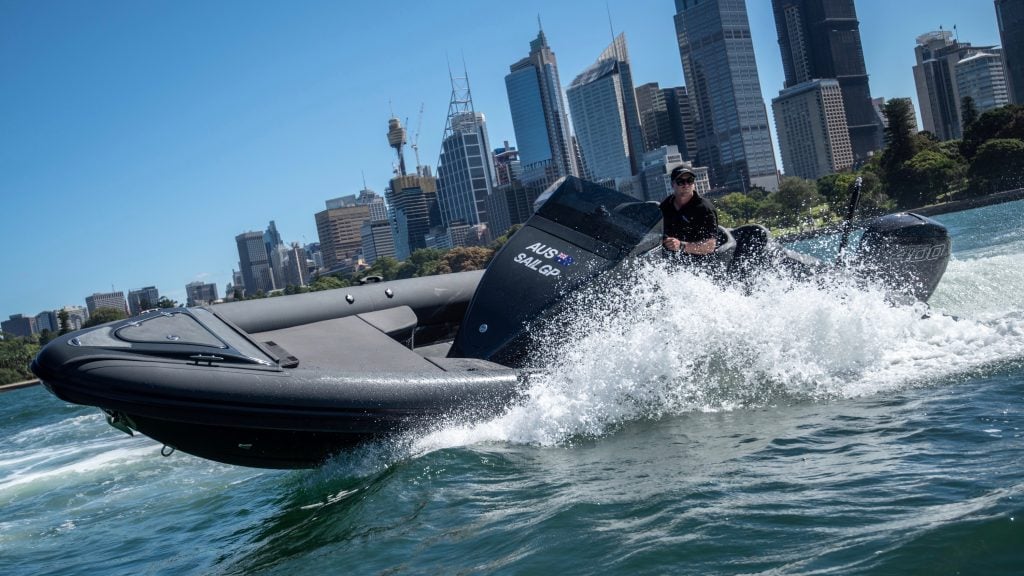 At the upcoming SIBS event Ribco will showcase the custom-built high performance SailGP Team Australia R28s, fitted with four jockey seats and one 400hp Mercury Racing Outboard, and the VIP flagship Venom 44 which is in 2D survey with a 10-person + 2-crew capacity and fitted with three 350 hp Mercury Verado engines.

The SailGP R28s and Venom 44 vessels will feature as part of the Standen Marine exhibit area, located at Stand M63 on the Darling Harbour Marina.

According to Oliver Workman of Ribco Australia, “Over the last twelve months Ribco has demonstrated an unwavering commitment to deliver the local market a range of RIBs that are unmatched in luxury, detail, speed, efficiency, safety and high-performance capability. As the official SailGP Australia chase boats, both the SailGP special edition R28s and VIP flagship Venom 44 embody Ribco’s dedication to quality, engineering and testing to ensure confident, agile and faultless operations while blasting alongside turbo-charged foiling F50-class catamarans.”

The Ribco R28s offers superior speed, efficiency and performance due to the vessel’s advanced two stepped hull. This feature provides lift to the 8.5 metre Ribco machine and reduces drag, allowing amazing handling, greater efficiency and a soft, dry ride in all conditions.

The R28s features the same attention to detail and build quality that the larger Ribco vessels offer, with the centre console and driving position offering a sportscar like experience on the water.

There are large bow and stern sun lounges, as well as a substantial aft storage locker, perfect for wakeboards, water skis or other water toys.

The flagship of the Ribco Australia range, the Venom 44 is a sleek 13.5-metre vessel that moves with confidence, agility and speed. With solid fibreglass composite hull, durable Hypalon tubes, hand-laid teak decking, spacious seating area and huge rear sun lounges, the Venom 44 is the ultimate tender and luxury day boat.

The Venom 44 is set apart from most premium RIBs on the market in that it offers true offshore capability. It has Category B certification, which means it is capable of voyages 200-nautical-miles offshore and is also in 2D survey with a 10-person + 2-crew capacity. With its seven-bulkhead hull construction, the Venom 44 can withstand winds of force eight and waves of up to four metres.

The cockpit of the Venom 44 is completely sealed, and the self-draining deck means no water gets into the bilge. Its tubes are made of Hypalon fabric from French Manufacturer Orca and has no glaring external seams, unlike other major RIB brands.

The Venom 44 can also run at full speed with the tubes completely deflated and is delivered standard with three 350 hp Mercury Verado engines, capable of speeds of 62 knots.

The Venom 44 does not skimp on luxury, with two large sleeping cabins, a large centre console concealing a spacious toilet and shower space, a wet bar and fridge, a Nespresso machine and a top of the line JL audio system.

Ribco was founded in Athens, Greece, in 1994 from a founding passion of performance boating and the luxury of a Mediterranean deck. Today, Ribco takes Rigid Inflatable Boat design to new heights, pushing the boundaries with every model.

With models in the Maxi RIB category from 28 feet through to 44 feet, Ribco offers the most complete range of RIBs in the market. From a relaxing ride to a high-performance offshore experience, Ribco boats are easy to handle and stand apart from the competition.

Author: Ribco Marine Australia
Photos: All photos remain the property of their respective owners. Please contact us for acknowledgment.