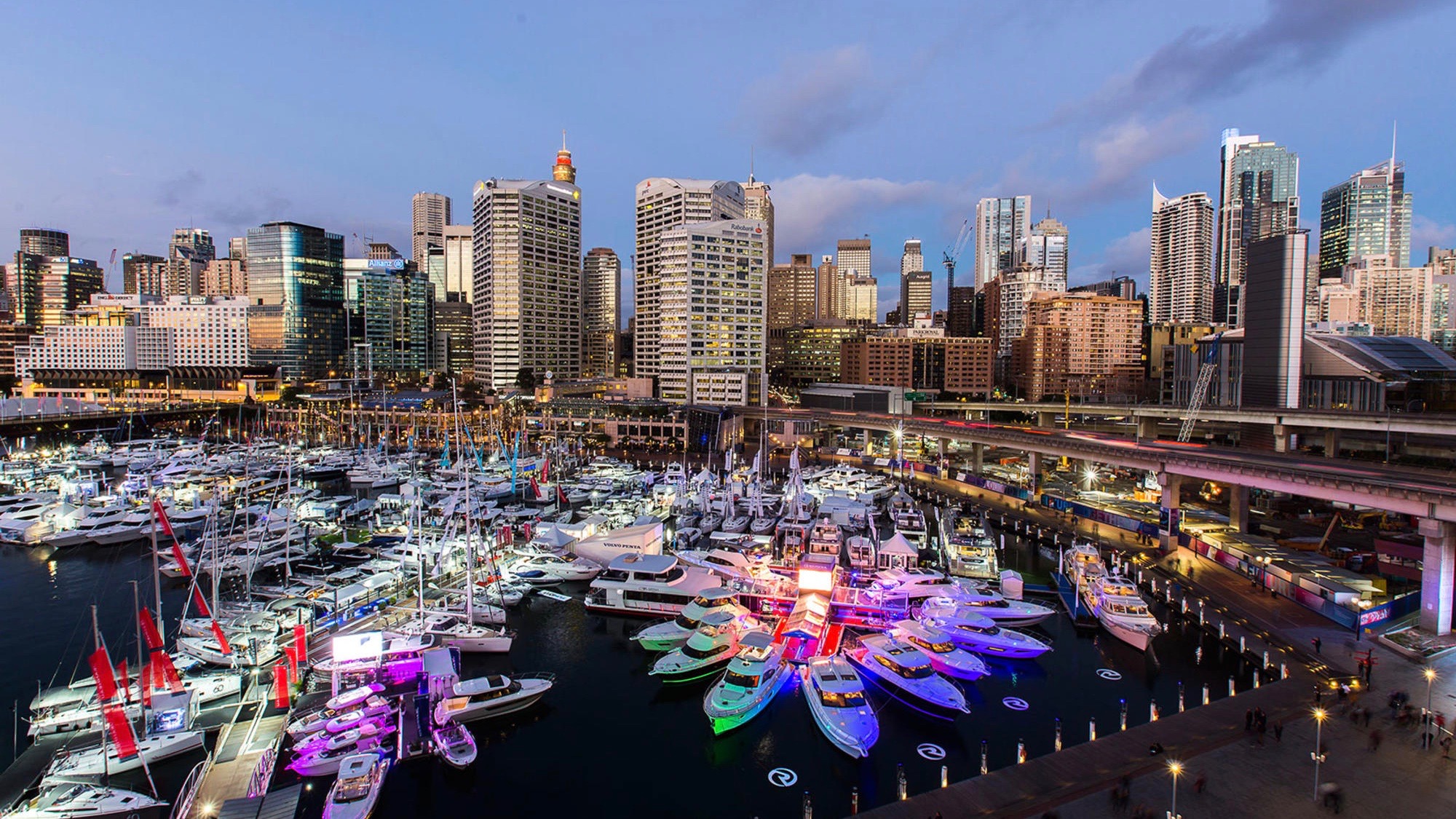 With 250-plus exhibitors, over 1,000 craft (200 afloat and 800 in the halls), and 65,000 anticipated visitors, the 51st edition of the Sydney International Boat Show (SIBS) is expected to reflect the upturn that the Australian market has been experiencing of recent years. The show opens tomorrow (August 2) and runs for five days.

SIBS is the largest boat show in the southern Hemisphere and the 2018 event is being held at the Sydney International Convention Centre and adjoining Cockle Bay marina for the second year running. This year the marina has been renamed David Lockwood Marina in remembrance of the leading Australian boating journalist of the same name who passed away earlier this year.

Alan Blake, president of event organiser the Boating Industry Association (BIA), says: “There is no shortage of opportunities to enjoy Australia’s coastal or inland waterways. As an industry event, the Sydney International Boat Show again reflects the tremendous enthusiasm Australian’s have for spending time in and around the water. With hundreds of boats on display, and all the gear to go along with them, this show leaves no doubt about the many ways individuals and families can do so.”

The Australian sailing community had a boost a few days ago when Australian Wendy Tuck became the first female skipper to win the Clipper Round the World race at the helm of the Sanya Serenity yacht.

SIBS is a leading event within the Asia-Pacific market, with many of the leading international brands being represented through their Australian dealers and exhibiting alongside the leading Australian yacht brands such as Riviera and Maritimo to name just two. The status of SIBS means that, especially for local builders, there is an opportunity for global launches of their latest models while many other brands use the event for regional or national debuts.

As to the local builders, Riviera will be having global launches of its 39 Motor Sports Yacht and its 72 Sports Yacht. Maritimo is launching the X50 model, which is the second of its new series of sports yachts, and it follows the X60 launch at the Sanctuary Cove International Boat Show (SCIBS) in May.

Longreef Yachts, the new Australian brand launched at SCIBS, will be globally launching the Longreef 60, the first of its bespoke three-model range. New models will also be on show from other local builders including Palm Beach, Integrity, Seawind, Corsair and Whitehaven.

Apart from the builders, the exhibitor list includes a full range of other stakeholders in the recreational marine market. These include brokers, marinas, engines, navigational and other systems and equipment, and other supply and service providers. Government and training organisations are also well represented.

The Sydney event is not just about boats and yachts, but is strongly promoted as an event which covers all watersports and activities in Australia. In addition to mainstream craft such as trailer boats, sportsboats and luxury sailing and motor yachts and superyachts, SIBS also includes waterskiing and wakeboarding, kayaking, scuba diving, fishing and more.

Up to five million Australians enjoy recreational time on the water each year, and Australia’s boating and scuba diving facilities are considered world class. Well-equipped marinas and dive sites can be found locally and in regional coastal centres, so there’s high-quality infrastructure in place for boaters and divers of all persuasions.

Australia is fast becoming a well-established first-choice destination for cruising, long-range fishing or inshore watersports with local and international visitors.