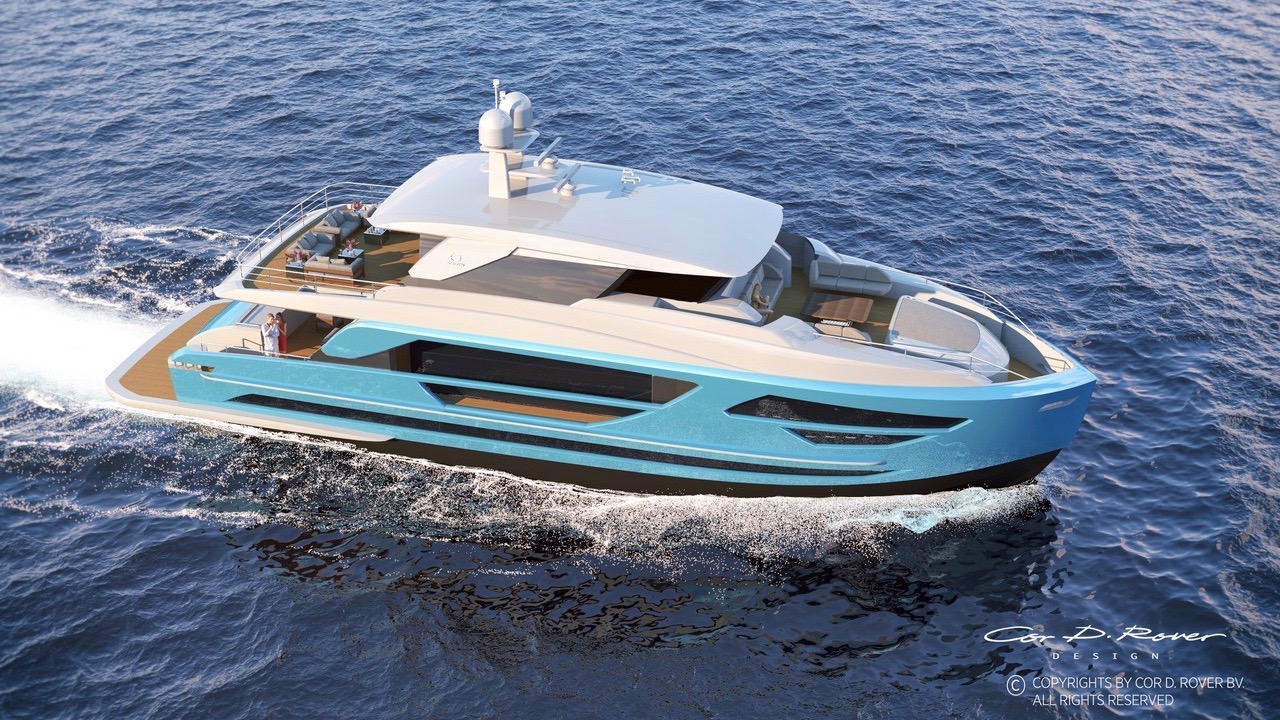 As a new model design evolves and clients become involved in the process, changes to the original drawings are inevitable. Such is the case of the FD87 Skyline motoryacht, a brand new addition to Horizon’s Fast Displacement series, whose design was inspired by one client’s lifestyle request.

The FD87 now joins the FD74, FD85 and FD102 models that comprise the builder’s latest series which may well extend to a new FD122 in the not too distant future. 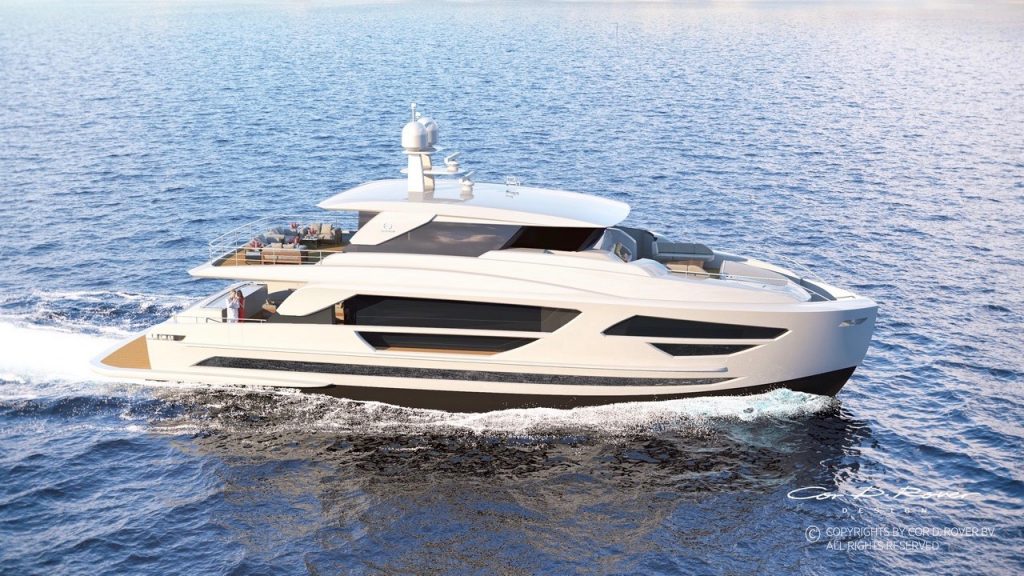 Cor D. Rover, who designed the Fast Displacement series in partnership with Horizon’s in-house naval architecture team, returned to the drawing boards to collaborate with the team on the design for the FD87 Skyline, which will debut a cool blue hull and contrasting white superstructure with an enclosed bridge as well as Horizon’s new High Performance Piercing Bow (HPPB). 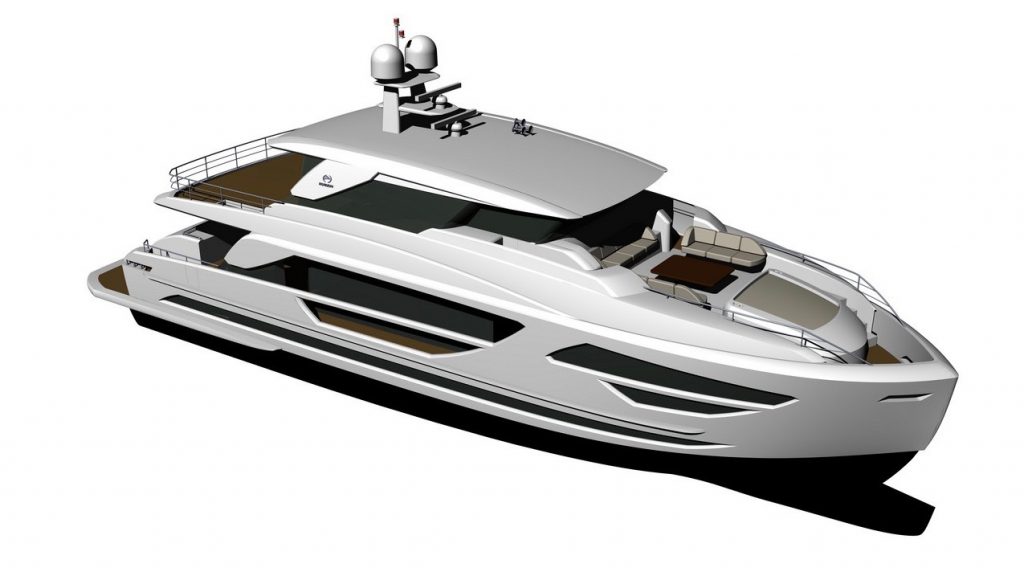 Springing from the eye-catching FD85, the FD87 Skyline retains many of the FD85’s unique features, including an expansive 23’ 3” beam, spacious on-deck Master with four further guest staterooms and two crew cabins on the lower deck, and stunning floor-to-ceiling windows in the salon and dining areas inviting an abundance of natural light within the interior. 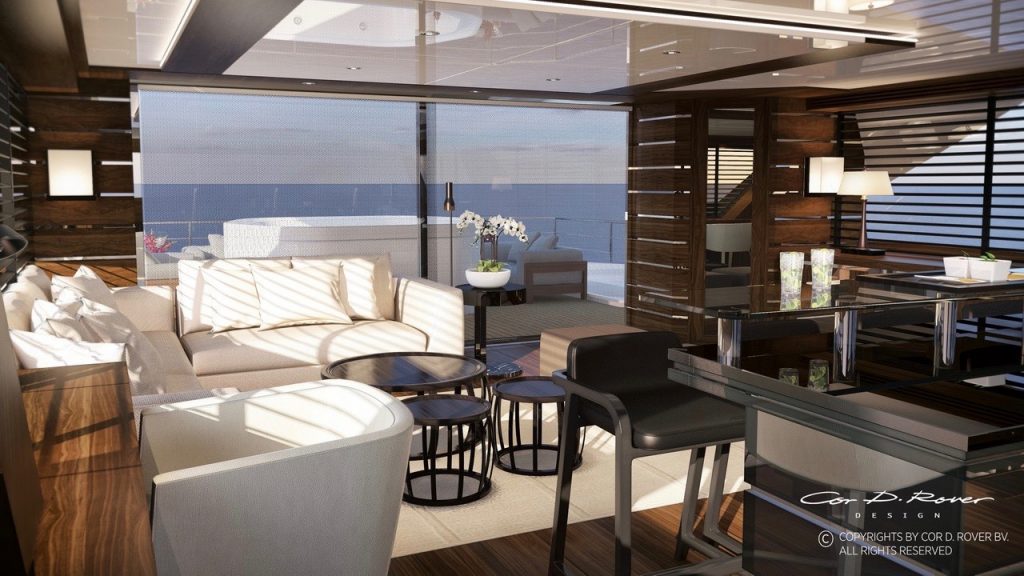 In place of the raised pilothouse found on the FD85, the FD87 Skyline boasts a fully enclosed bridge with access to a Portuguese walkway leading forward to the bow and an inviting seating area.

The enclosed bridge provides additional indoor entertaining and lounging areas while allowing for an extended boating season in colder climates. A newly popular design for the U.S. market, the FD87 Skyline also features a spacious beach club and swim platform aft, which provides a perfect spot for relaxing close to the water or enjoying watersports activities. 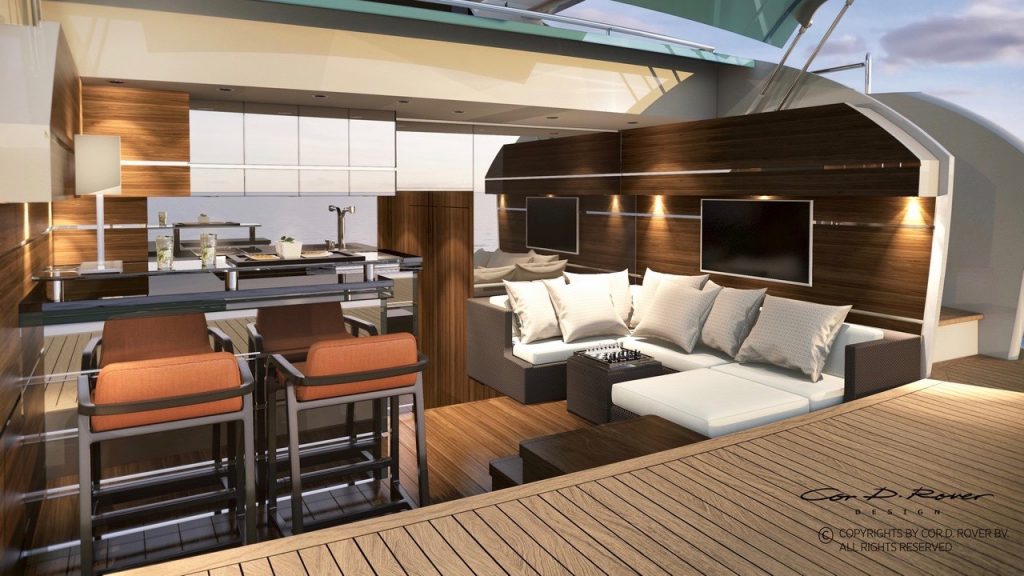 In its continuous pursuit of improvement, the Horizon team will debut a new bow design in the FD85 and FD87 models. Described as a “High Performance Piercing Bow” (HPPB), this design saw across-the-board hydrodynamic improvements in both tank and CFD testing.

While alternative bow designs that feature protrusions work more efficiently at either high or slower speeds, the HPPB brings both efficiency at slower speeds and performance at higher speeds. 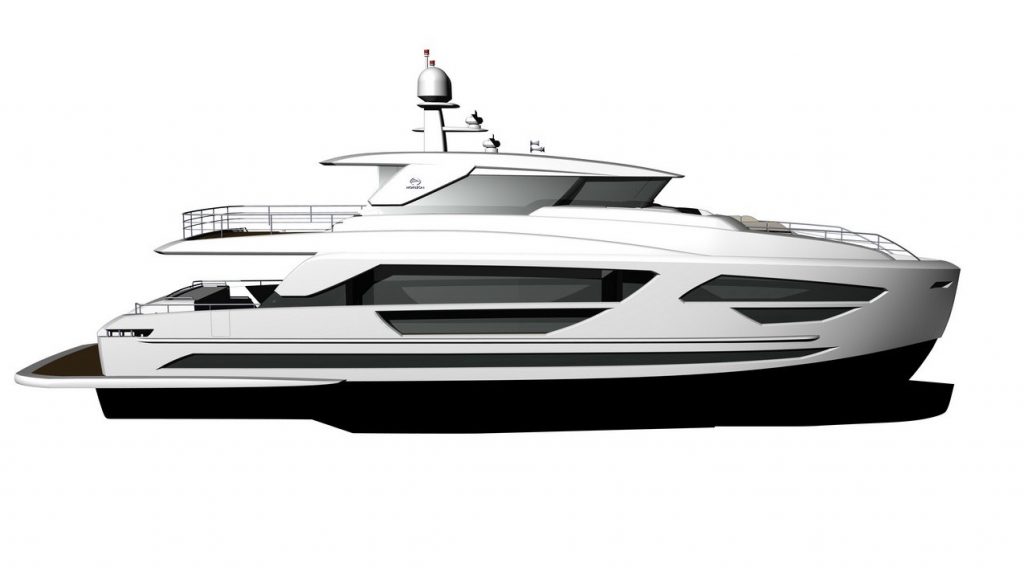 “The evolution of this enclosed bridge FD87 and the speed with which it all came together represents a true partnership between the client, the architect and the shipyard,” says Horizon CEO John Lu. “Horizon’s new High Performance Piercing Bow coupled with an enclosed bridge and collaborative design between Cor D. Rover and the Horizon Yachts team leaves nothing to be desired in both form and function.” 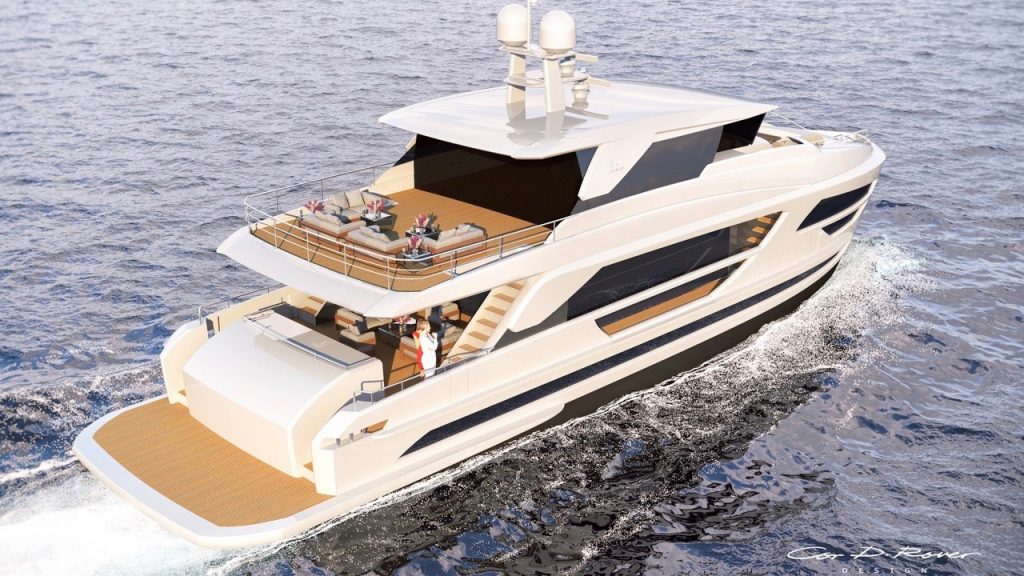