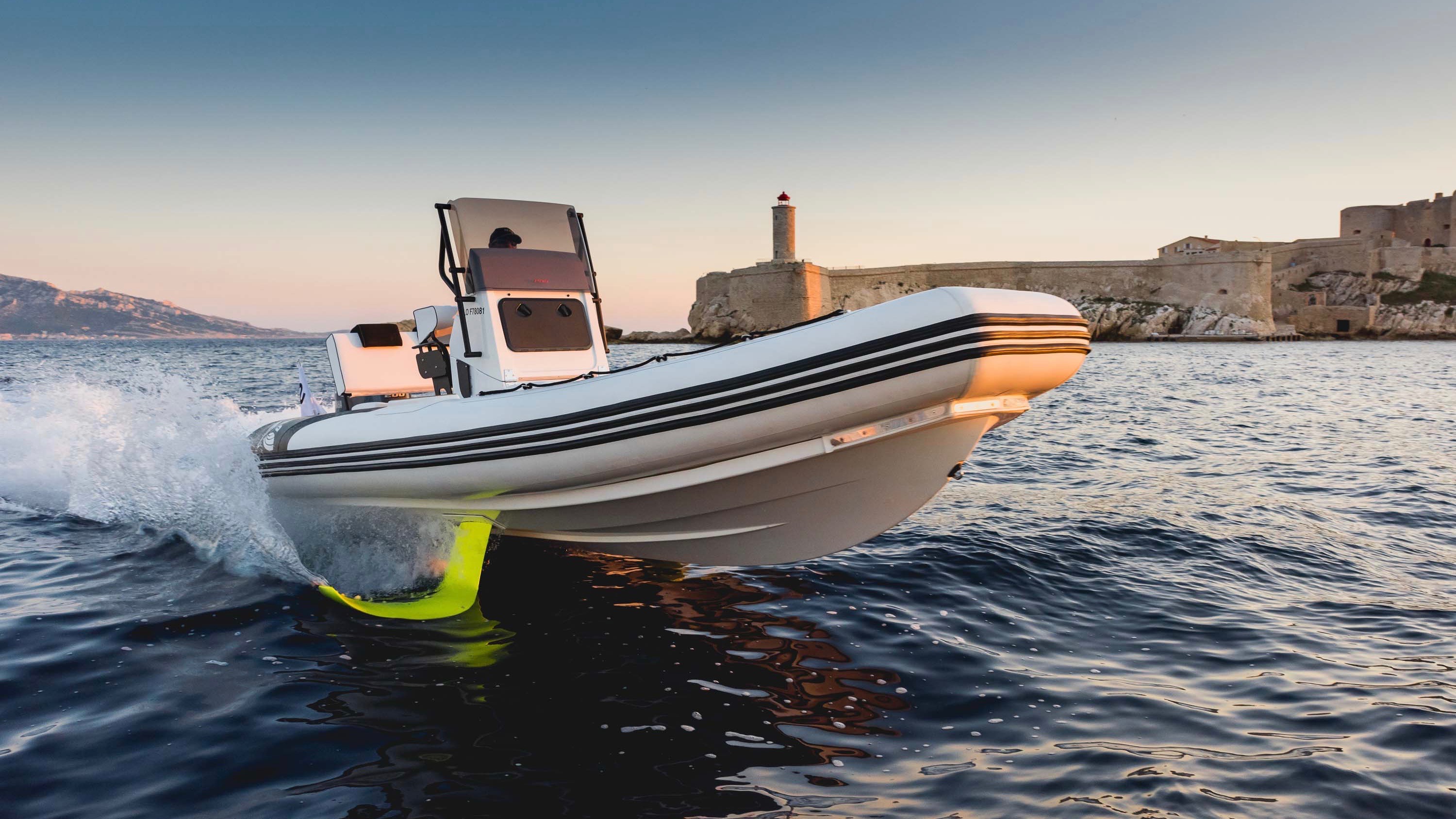 SEAir have released a high-tech, hydrofoil-equipped, rigid inflatable boat (RIB) dubbed the SEAir Flying Tender, that is now available for boaters to purchase.

The SEAir Flying Tender will shortly be presented to consumers during the Australian premiere of the technology at the upcoming 2019 Sanctuary Cove International Boat Show in Queensland. 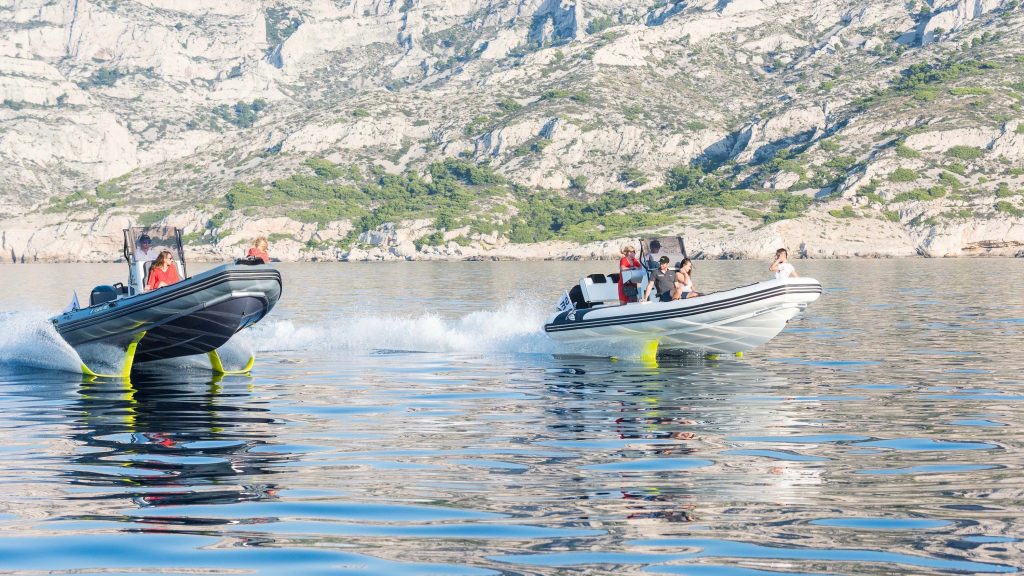 The SEAir foiling technology allows the boat to lift up and skim over waves enhancing its passengers cruising comfort considerably. The reduction in wave impact improves performance substantially, allowing better speeds for a given sea-state, along with a remarkable reduction in fuel consumption. 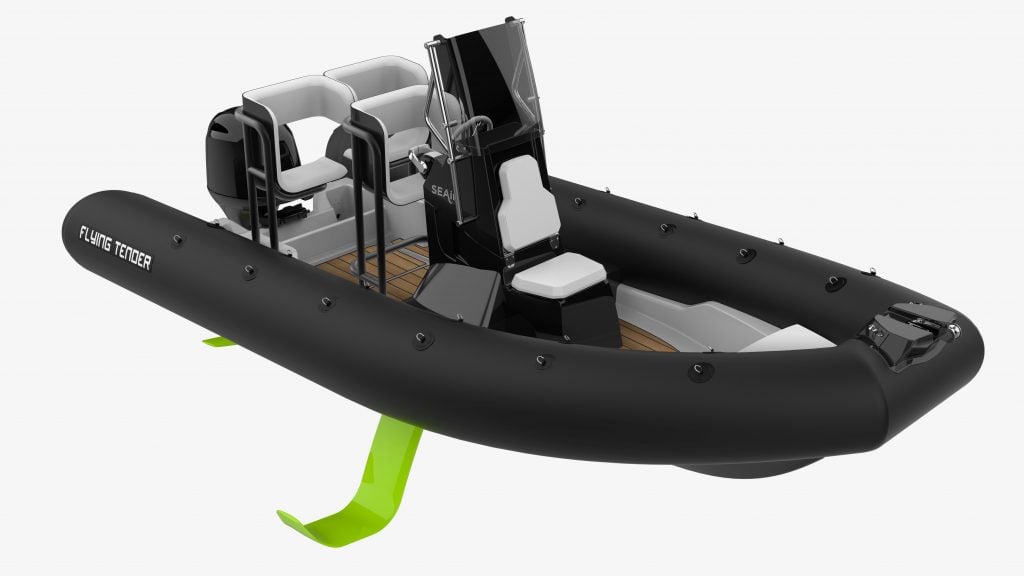 “Foiling boats are about to become mainstream products.”, said Steve Williams the Principal at Standen Marine, “The technology and materials we now have at our disposal to design and build safe, reliable, easy-to-operate foiling boats will herald an oncoming series of foil-equipped recreational products from a variety of manufacturers. 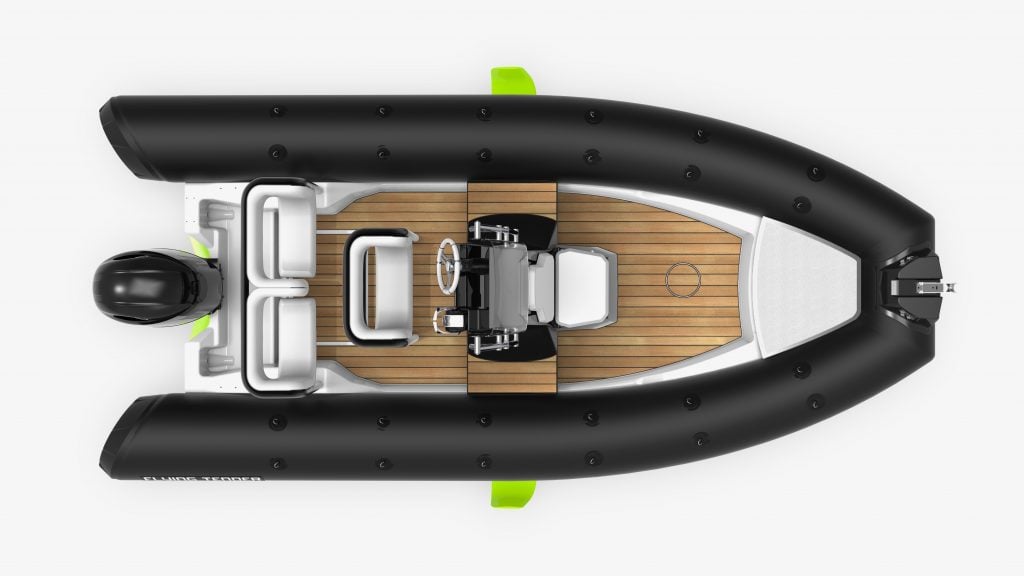 Based in Lorient (Morbihan) France, SEAir, designer of flight systems for sailing and motor boats, is a key player in the nautical industry. The concept of the foil is a hundred years old, but its real use has only been sailing competitions in recent years.

Thanks to SEAir, this technological boom is no longer just for the elite. By signing three World Premieres in one year with adapted and patented systems, including the first flight of a semi-rigid boat, SEAir has paved the way for a revolution in the nautical world: democratising the use of flying boats.

SEAir has won numerous innovation awards thanks to its team of about fifteen collaborators. With a design office and a workshop, SEAir designs and integrates its systems for private or professional customers.

SEAir already provides the flight option to major brands such as Zodiac Nautic and Sillinger, and SEAir also sells complete flying boats such as the Flying RIB ©. Established in Europe, Japan and now in Australia, the company is enjoying increasing awareness and popularity.

To find out more about the SEAir Flying Tender, visit out SEAir Brand Page HERE or call Standen Marine on +61 (0)2 8880 4088 or by email using marine@standengroup.com.au.