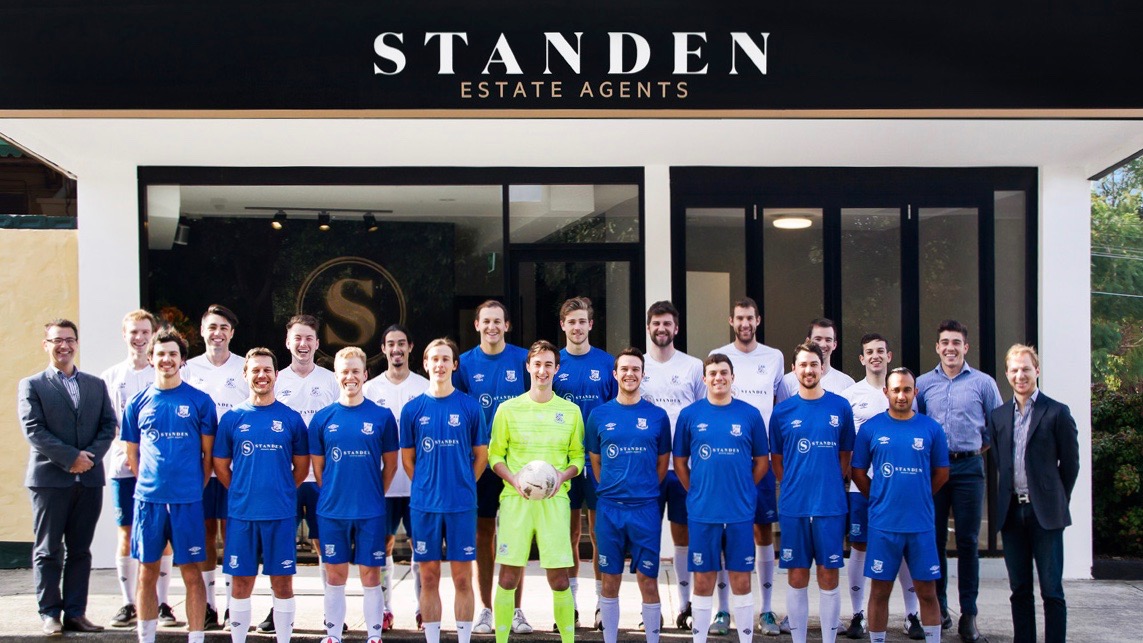 As part of its commitment to invest time and resources into assisting the local community, Standen Estate Agents has signed as major sponsor of the Old Ignatians Football Club.

CEO Tavis Standen said that they were delighted to offer their long-term support after being approached by the Club. Tavis recently launched Standen Estate Agents, which operates from a new office at 2 Kenneth Street, Longueville. Since opening the agency, the team has had strong success already setting a new suburb record with a recent Longueville sale and successfully listing a number of premium properties within the area.

Will Tait, President of Old Ignatians Football Club, said that securing a major sponsorship arrangement with Standen Estate Agents will help to promote the club’s growth for many seasons to come. “We are hoping to expand our player numbers in the coming seasons.With a major sponsor behind us, we can progress this Established in 2006, Old Ignatians is a locally based football Standen as we continue to achieve great success both on and off the field.”