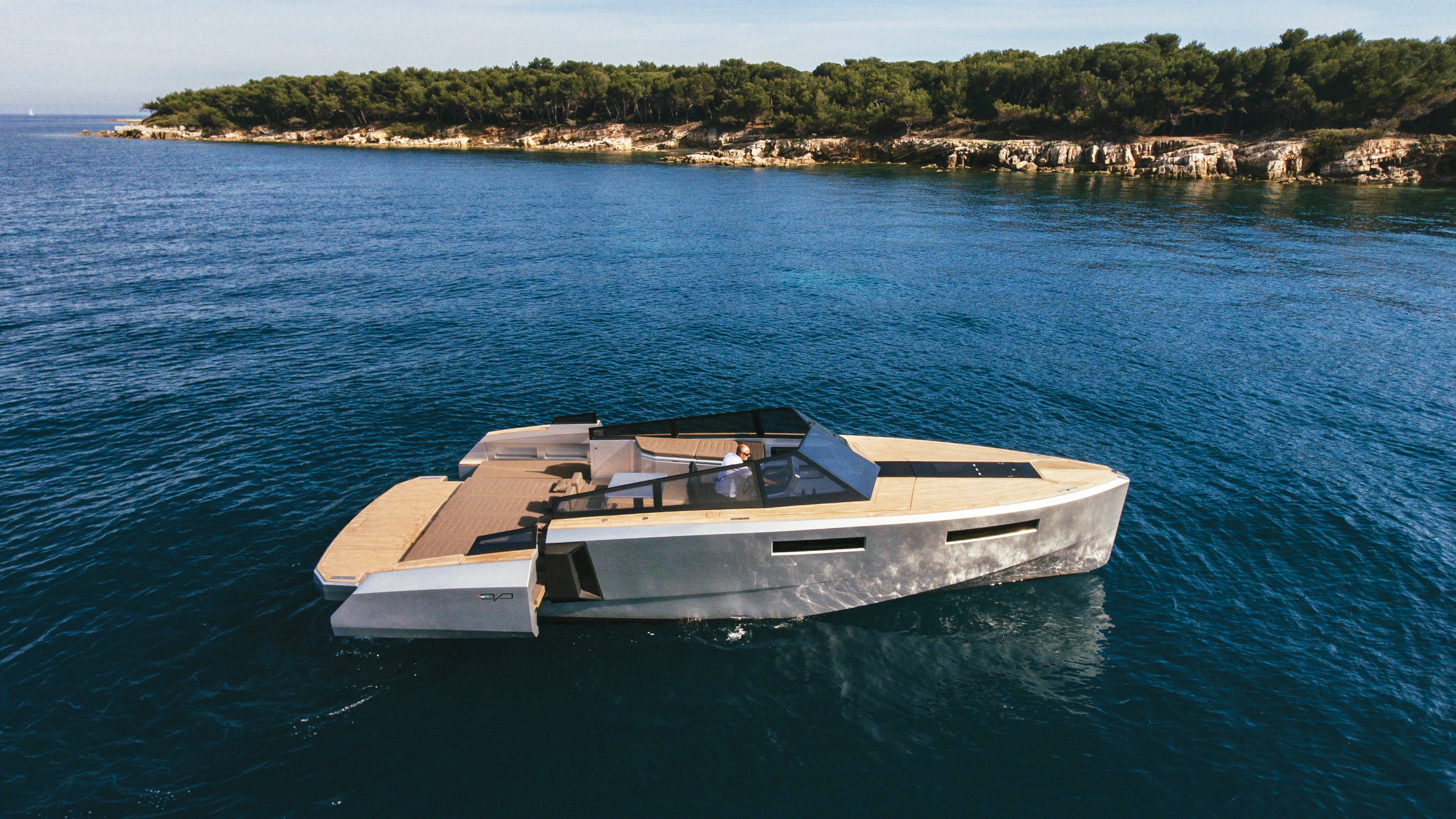 Amongst new colours, Evo will display the new Full Carbon T-Top and the world premier release fo the Evo 43 WA.

Evo yachts will field a display of three boats, including two world premieres. This year Evo Yachts inaugurates the European season of boat shows in style, taking part in the 49th edition of the Cannes Yachting Festival scheduled for September 12-17, with many important innovations.

Two years after the debut of the first Evo 43 model, which continues to be very successful in Europe and America, Evo Yachts is preparing to unveil the new model of the innovative collection that carries on the Opening rEVOlution: Evo WA (Walk Around). 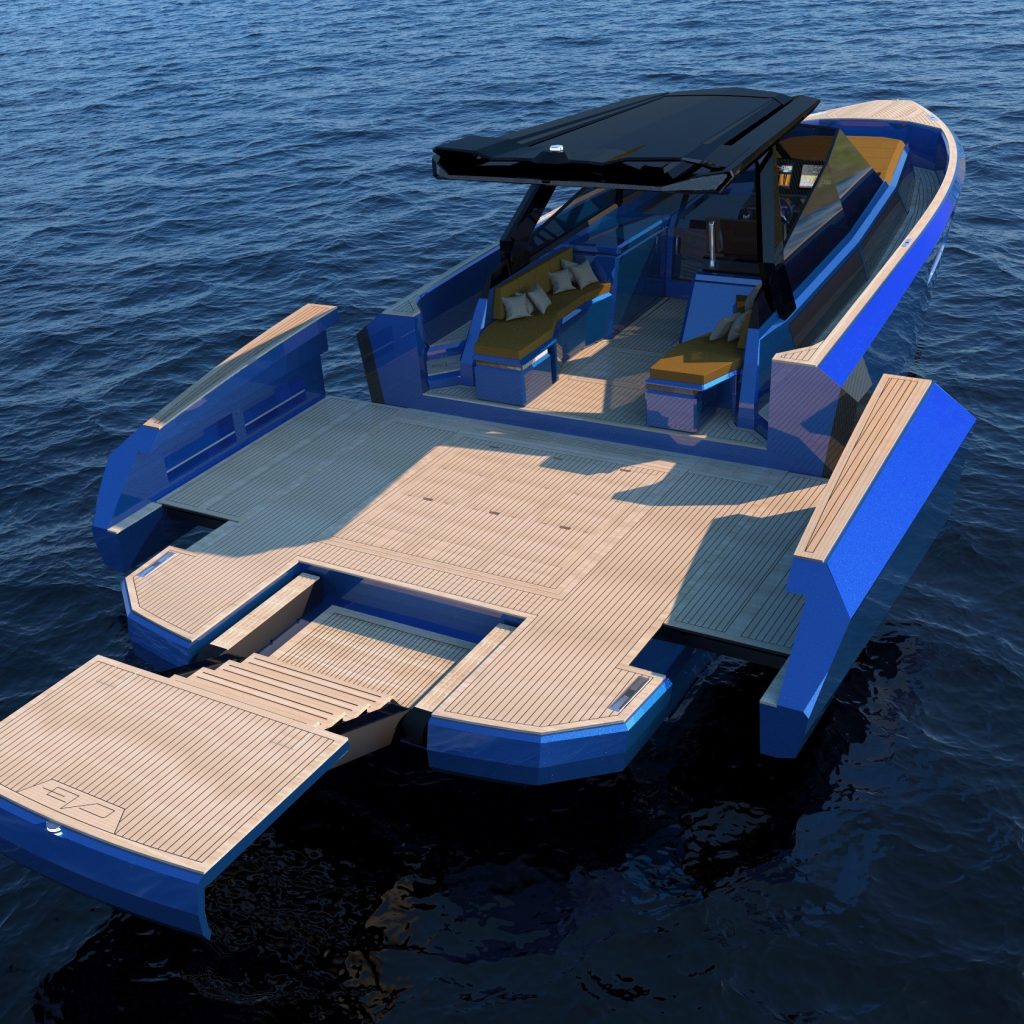 To accompany the new model, an Evo 43 in the new Light Gray color, with a bimini awning in the coupé style and a second World Wide Premièr of the next progression of the original design; an Evo 43′ Enchanted Blue Hard Top (Evo 43 HT) version. The full-carbon T-top is one of the latest products from the shipyard. 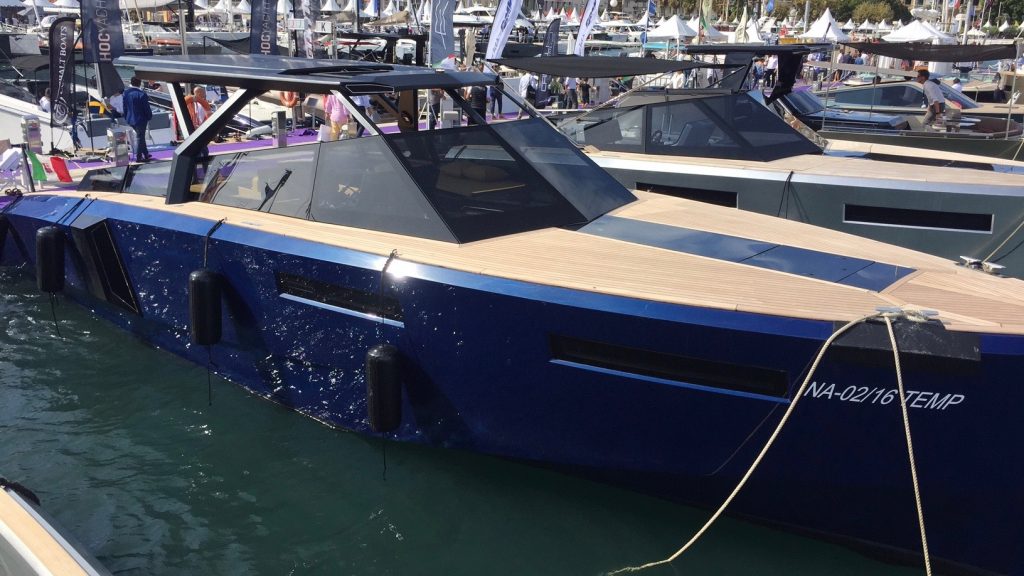 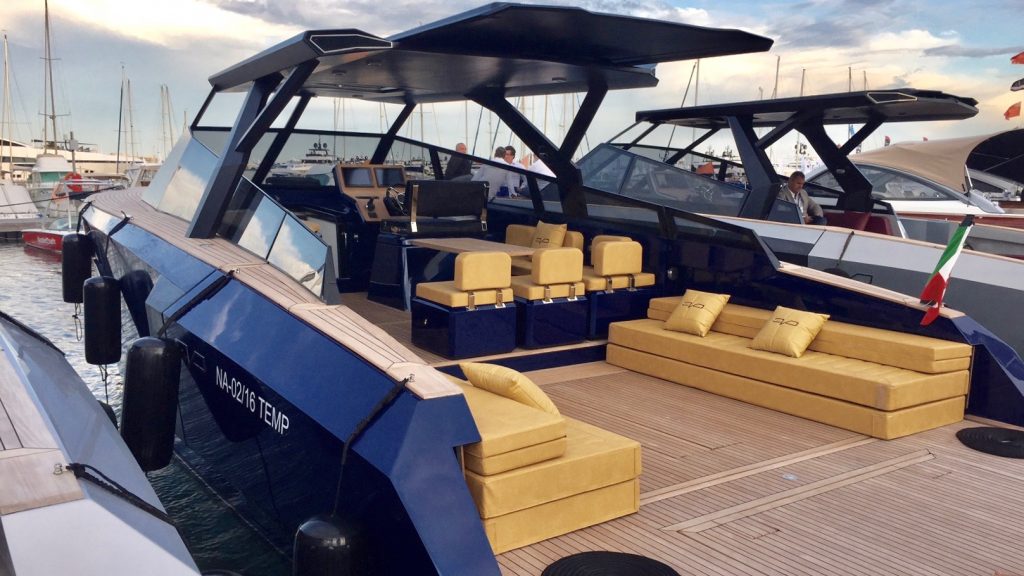 Designed by the Rivellini Technical Studio – Valerio Rivellini’s interior and exterior design – and built by Blu Emme Yachts, the brand new Evo WA shares the same minimalist design concept with the previous Evo 43 model that has characterised Evo Yachts from the beginning, remaining faithful to the concept of form & function, and the opening side aft “XTension”, which has made the innovative day cruiser made famous. 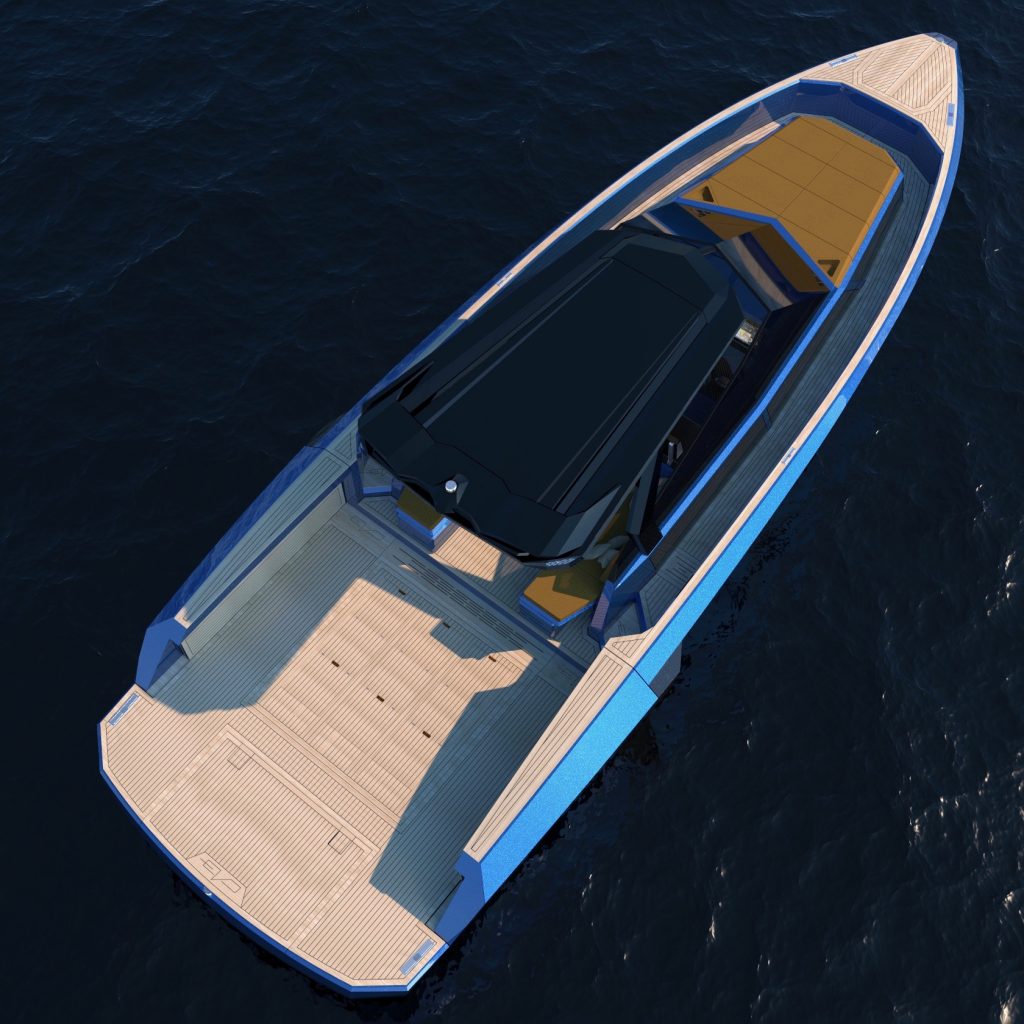 The most unique feature of this new 13 metre design is the ability to move easily between the stern beach area and the most forward part of the bow of the boat, walking around the driving console. All operations on board will be facilitated by the latest generation of home automation that allows you to control the boat with an iPad managing all the parameters for navigation and the different basic functions of the yacht.

In the design of Evo WA, performance remains a critical goal: the Volvo Penta IPS 600 engines (2 x 435 hp), joined to the deep V hull with an 18° deadrise angle, allow the boat to touch the maximum speed of 38 knots and a cruising speed of 30 knots.

The new Evo WA and Evo 43 T Top will debut in September, at the Cannes Yachting Festival 2017. During the boat show there will also be a media conference to officially present the new models to the press and illustrate the future projects of the shipyard. Evo Yachts boats will also be available for sea trials and on-board visits by appointment.